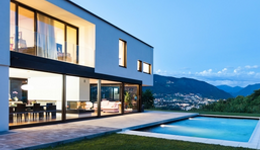 E3 Consulting - Alun Oliver FRICS
Ignorance is No Defence!
Article on the complexity of Community Infrastructure Levy (CIL) and the need for better... 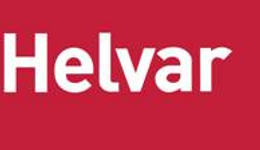 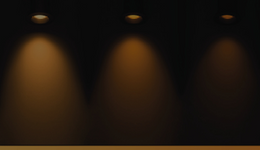 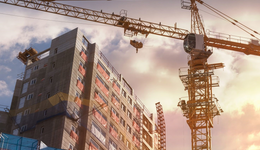 Barbour ABI
The 8 Biggest Challenges Faced in the Construction Industry Today
Like any other industry, construction is constantly having to adapt to new challenges, b... 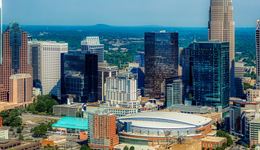 The Future of Input Costs

Noble Francis is economics director at the Construction Products Association (CPA) as well as Professor of Construction Economics at The Bartlett School of Sustainable Construction, UCL. It’s safe to say that he knows a thing or two about input cost forecasting. But even with nigh on 20 years’ experience in the field, he admits to finding himself in unchartered territory.

“It’s a strange situation, I don’t remember a time where demand was so high, and yet there are so many uncertainties out there,” he says. “For construction forecasts I historically spend 90% of my time focused on demand; where’s the pipeline? What’s government going to do on spending? But now, I spend just as much time on supply side issues because demand is just very buoyant. The issue now is where we’re going to get all this stuff from?”

To be clear, he says there’s no expectation that a lack of products means construction will fall sharply. It’s more the case that current goods importation levels are only satisfying what contractors are building now. Put another way, there’s a constraint on the extent to which construction can grow.

He says that even with current orders being serviced, many projects are still facing extended lead times and cost inflation primarily because of shortages on imported construction products. “There’s been a global construction recovery, particularly in markets like the US,” he explains.

“The greatest issues of extended lead times and cost inflation have tended to be on imported timber, copper and steel, plastics and polymers as well as some roofing and cladding materials,” says Francis. “Clearly on the cladding side demand has exponentially increased in the last couple of years, although that’s not related to COVID recovery impact so much as the effect of cladding remediation post-Grenfell.

“There are also increasing issues around some domestic products such as bagged cement. That’s because there’s demand from the two key areas of private housing repair, maintenance and improvement and housing new builds, both of which have recovered very quickly.”

When it does come to limited supply, the major contractors and house builders are best placed to plan for it since they generally have visibility of pipelines over the next six to 12 months, meaning they can buy what’s needed in advance.

The bigger issue is for SMEs, particularly those at smallest end of the scale. As Francis points out: “They turn up at the builders merchants to buy the 10 different products required for the next few days, but if there’s limited supply, they may only get 80% of what they needed and just for a couple of them. Firstly it means delays and secondly it means cost inflation affects them more because they haven’t bought in advance. So there’s a very different experience there.”

Clearly this level of uncertainty means some contractors will suffer from impacts on margins, and not just from product price inflation, but also labour cost inflation as the market heats up. Francis says some of the sector hotspots where this may be felt include warehousing, new build housing and refurbishment and new build infrastructure.

Regionally, he points to activity bright spots such as the North West, Yorkshire and the Humber as well as the Midlands. “With these you’ve got a situation where cost price inflation from products and labour is increasing,” he says. “And in addition to that, you’ve got professional indemnity insurance costs that are rising sharply as well.”

“So there’s a triple whammy effect there on margins,” he says, “which is not likely to be a major issue if you’re a major house builder or a major contractor, but it will affect some of the specialist contractors who are working on fixed price contracts that were signed up to at what may have been cost-plus 2-3% margin and the costs have risen to more than that.”

He says that where there are problem contracts, losses might be mitigated on significant sized projects if clients are open to having a ‘sensible discussion’ about adjustments to the existing agreement. And since demand has recovered very quickly, there may be ways to make savings on future non-fixed price contracts by getting customers to buy the products themselves.

But again, Francis adds a dose of positivity. “While there’s certainly an issue around margins, I wouldn’t compare it with previous recessions where construction suffers a much worse one than the UK economy, then starts to recover and it takes a few years to get back to pre-recession levels. [Traditionally] there is a recovery, but it’s gradual and at a time when margins are getting hit [due to rising input costs].

“This time it’s very different, there’s been a rapid recovery. I don’t think we’re going to see the number of administrations and liquidations get anywhere near previous recessions because margins will be hit but demand has recovered very quickly. It’s not as bad a situation as it would have been post a normal recession,” he says.

“What we have at the moment is a situation where things are good because businesses are really busy, but there are still lots of issues on the supply side. It’s just about managing the risks and the issues as best as you can, within a situation where demand is relatively buoyant,” he summarises.

Tom Hall is chief economist at Barbour ABI. Responding to Noble Francis’ assessment on the impact of input cost rises he has this to say:

“Noble is absolutely right that, coming out of a global pandemic, the picture is much more positive than could have been expected 12 months ago. There certainly is a lot of demand at the moment but supply-side constraints are the biggest risk at the current time. Outside of the short-term, the planning environment has experienced a subdued 12 months. So at some point we are going to need to see a sustained and material increase in new projects coming through to ensure demand does not fall”